Here is a recap from one of the radio talk show done by Asian Media Access. This time around it is focused on the Vietnamese community with issues that arises in health care, culture, and community. It is great way to get direct insights on how these problems can be discussed, addressed, and shared with others.

PT: Welcoming guests. Introduced self and the topic of discussion: A look at health disparities in the Vietnamese community in Minnesota as part of the Health Disparities project of Asian Media Access

KA: Introduced self- happy to be part of the project

AH: Introduced self- had been in Minnesota more than 4 years, happy to share her experiences on health care issues

AY: Introduced self-very happy to join the group in discussing health disparities and services of the Vietnamese community in the Twin Cities

NL: Introduced self- had been in Minnesota for a long time and so happy to discuss about health disparities in the Vietnamese community

THN: Introduced self-happy to be part of the discussion

PT: A recent survey of 103 Vietnamese people over 40 years showed that only 70% had an annual check-up. Why?

– Medicine prices were often high and not affordable in America, so it was           common to see people buy medicine in Vietnam at a much lower price

– Language barrier: Many immigrants and seniors have low educational level in addition to the language barrier they face when trying to communicate with doctors and health care providers

PT: Questions on health disparities in the Vietnamese Community in Minnesota?

PT: Thanks to everyone for their participation. I was shocked the first time I heard how and WHY cancer happened. I was also surprised that the medical doctors I have met throughout this journey never explained to me WHY cancer happens at the first place, because we need to know the WHY to get to the prevention/improvement.

This 8 minute video by Shafin de Zane explains well the cancer happens at the first place because our cells are trying to protect itself by mutating, otherwise it would die because it is swimming in a sea of toxins. And also, it shares how cancer can be prevented quite easily. Please do watch this and share with others! “April 22, 2015, marks the 45th anniversary of Earth Day ― a day intended to inspire awareness and appreciation for the Earth’s natural environment. The day came from reaction to a massive oil spill in waters near Santa Barbara, CA. in 1969.” – (http://www.census.gov/)

Time to show the Earth a little appreciation and do something good for the Earth. The more we can help out with out environment, the more it will help us back in return. Here are 10 facts to know about how people are trying to conserve resources, how energy is consumed, and how people help the Earth:

1. 5,456 = The number of employees in wind electric power generation, the most among the industries using renewable energy in 2012.

2. 56.8 million = Estimated number of occupied housing units across the country heated by utility gas in 2013, which is 49.1 percent of all homes. 7. 1.5 billion = Estimated revenue for “waste collection – hazardous waste management collection services” in 2013 for estimated sources of revenue for U.S. employer firms. This was up 16.4 percent from 2012. On April 10th, it was the National Youth HIV & AIDS Awareness Day. Social media, news, and all sorts of media posted about how it is “an opportunity to learn about HIV & AIDS and how young people are affected” (https://www.aids.gov). But it is still great to pass on knowledge about these issues and to learn more about current updates and research. Here are some links to more information about HIV & AIDS. So while the weather is getting warm, take advantage of it and try practicing walking meditation. It may take some time getting used to, but it can help with practice or even naturally. But remember that any form of meditation is always helpful for your mental health. There are many things to do each season so make sure you enjoy each of them while they are still here! Have fun, stay active, and experience new things. There are fun ways to make parties multicultural. It allows adults and kids to share experiences from different aspects of other kinds of cultures. Also, it is one of the best ways to introduce others to new kinds of things. Here are a few how-to:

There are many other ways to make parties fun and innovative. The more ideas and activities that a party can have, it will encourage more participation and entertainment for the host(s) and the guests. The main part is to make sure everyone have a great time! Once you have learned your calories consumption every day, you may begin to notice your decreased weight, but it is only the beginning step of right step.

Your body digests different types of nutrients differently. There  are basic bodily functions of all sorts of nutrients: building muscle, transporting nutrients, storing energy as fat for later use, fueling various muscle. Below are how a person compose a basic meal:

Protein: When you exercise, your muscles are broken down and then use protein to rebuild themselves stronger while recovering. Protein absolutely NEEDS to be a main component of every meal.  Aim for one gram per pound (two grams per KG) of lean body weight, or just do one gram per pound of body weight if you don’t want to do the math – with an upper limit of 200 grams.  Sources of protein include chicken, eggs, beef, pork, fish, nuts, legumes, quinoa, and most dairy products. 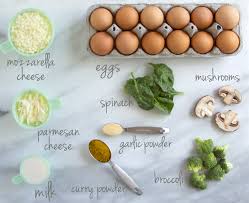 Carbohydrates: When you eat carbohydrates, they get converted to glucose (sugar) in your system, which is then used to provide energy for all sorts of body functions to take place.  Vegetables and/or fresh fruit are quality sources of carbohydrates, with grains being less so in my opinion…but we’ll get to more grains later. There are certainly bad carbohydrates (processed carbs, refined grains, and more), and those are the ones we want to avoid.  Unless you’re a marathon runner, you can function with WAY less carbs than you’re probably consuming now. 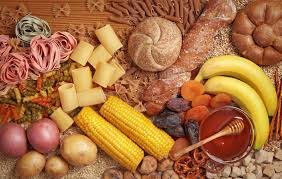 Fat:  Fat is easily the most misunderstood macro-nutrient in your diet; long story short: fat is absolutely critical to your body and should make up a BIG portion of your daily calories.  Things like avocados, almonds, olive oil, walnuts, and almond butter are great sources of healthy fat (polyunsaturatured and monounsaturated).  If you would like to take saturated fat, then full fat milk, coconut milk, and fatty cuts of meat will provide you with sources of saturated fat. The start to a healthier lifestyle is starting out with small steps. These are the steps that can help gradually help you reach your goal. Whether you’re trying to lose weight, maintain your body weight, trying to eat healthier, or what you may want to achieve, it is better to set a plan with realistic approaches.

Remember, it’s not our external appearances that defines us, but what we think about ourselves internally. Don’t value yourself based upon what you see, it’s about how you respect and know that you’re worth. It is important to maintain one’s lifestyle physically and emotionally.